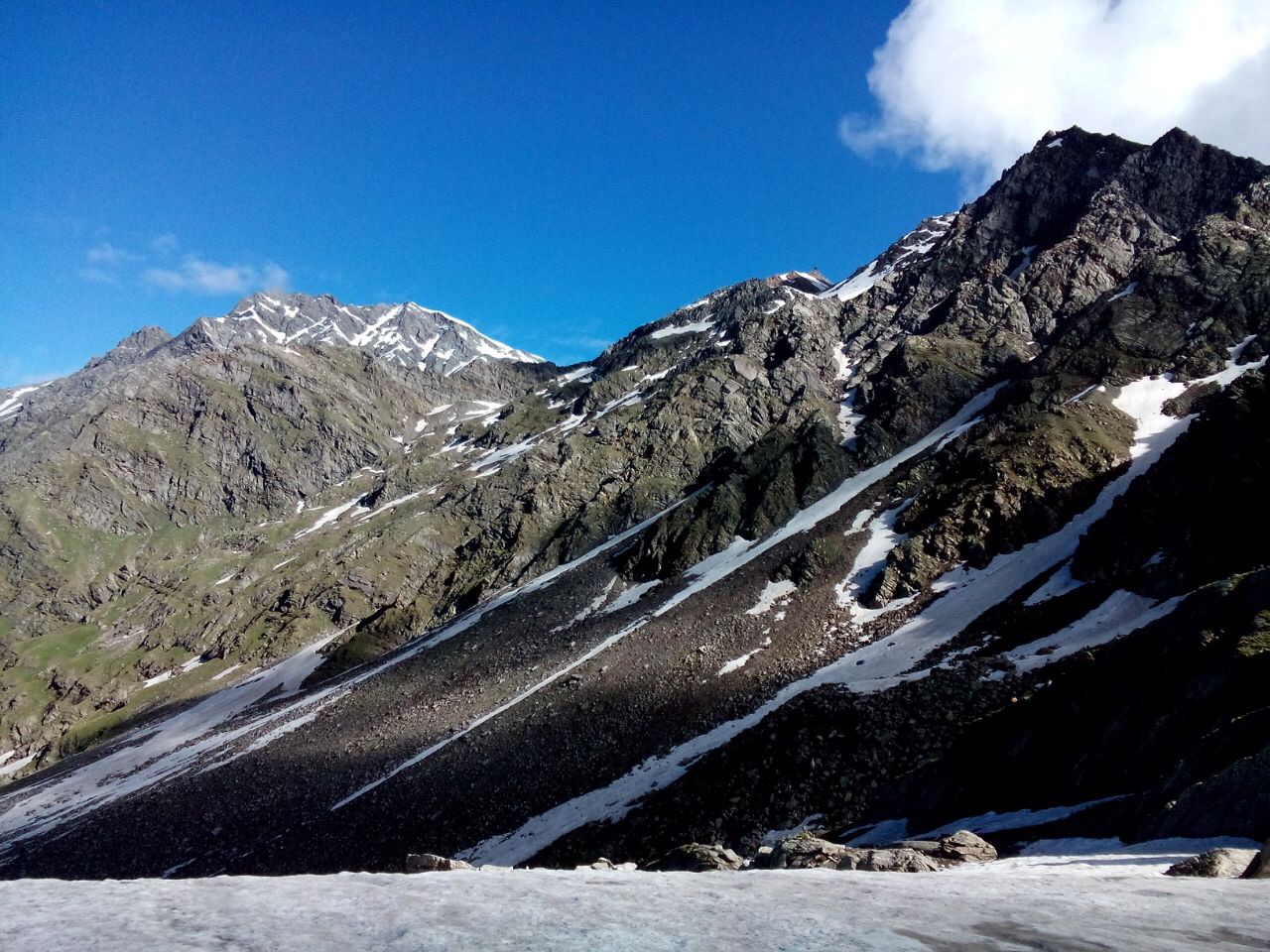 My love for travelling is forever. It was back in  2015, when I made an attempt to climb the mountain that leads to one of the sacred temples of Indian state of Himachal Pradesh known as ‘Bijli Mahadev’. It is one of the ancient temples in the country and is  located at an altitude of about 2,460 meters in the heavenly of Kullu.

The path that leads to the destination can be reached by completing a trek of about 4 kilometers and climbing 1,000 stairs . I remember starting the trek with a stick in my hand and a belt tied around my waist, as this was my first journey to the top. The excitement never left my side as there is an interesting and unbelievable story about the temple that I had heard back in the days.

Behind the House of God:

Bijli Mahadev is a temple, behind which lies the story that not many people are aware of.  Firstly, it is a temple where Lord Shiva resides in the form of Shiva lingam. The Shiva lingam is made of butter. However, right outside the shrine is a six feet tall pole that has an iron nail on its top. The flip to the story is that this wooden pole attracts lightning every year that travels inside the temple and is believed to hit the Shiva lingam (butter). Isn’t that unbelievable and mysterious at the same time? It was definitely surprising for me. The Shiv lingam breaks into pieces and the priest customarily puts it back, after collecting them from all over the valley. But after I was there, I talked to the priest of the temple and he said, whenever that happens they see where the pieces are right in their dreams the previous night. There are various beliefs behind breaking of the lingam. The locals believe that it happens because the deity wants to protect them from the evils. However, others believe that the lightning is itself a blessing as it is so powerful.

Beauty of the mountain:

The most pleasing aspect  for a person is not only the beauty of the temple and the surroundings, but also the fact that one is able to see the Kully valley at an angle of 360 degrees. Also, the breathtaking view of the Beas river that flows in the valley is unforgettable. As you approach towards the Mahadev temple, the essence that deodar and pine trees bring along has to be one of the pleasures that the trek offers.